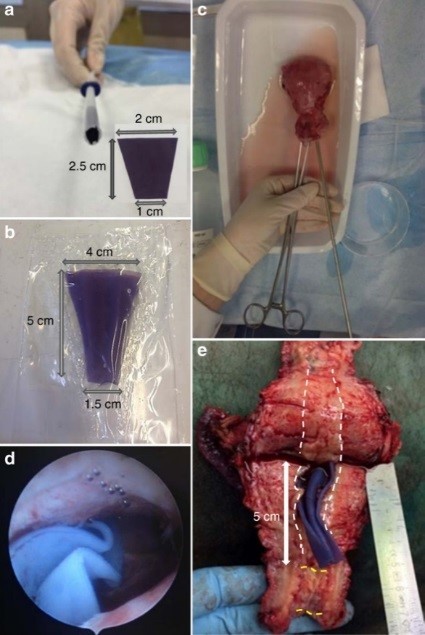 The use of double-hydrophilic block copolymers (DHBCs) in biomedical applications is limited by their lack of degradability. This additional functionality has been obtained in the past through multistep chemical strategies associated with low yields. In this work, a series of DHBCs composed of a bioeliminable poly(ethylene glycol) (PEG) block and hydrolysable functional poly(e-caprolactone) (PCL) blocks bearing carboxylic (PEG-b-PCL(COOH)), amino (PEG-b-PCL(NH2)) or hydroxyl side groups (PEG-b-PCL(OH)) is synthesized in only 3 steps. DHBCs with 50% substitution degree with respect to the CL units are obtained for all functional groups. The pH-dependent self-assembly behavior of the DHBCs is studied showing critical micelle concentration (CMC) variations by a factor 2 upon pH changes and micellar mean diameter variations of 20-30%. The potential of these partly degradable DHBCs as drug-loaded polyion complex micelles is further exemplified with the PEG-b-PCL(COOH) series that is associated with the positively charged anticancer drug doxorubicin (DOX). Encapsulation efficiencies, drug loadings, pH-controlled release and cytotoxicity of the DOX-loaded micelles towards cancer cells are demonstrated. This set of data confirms the interest of the proposed straightforward chemical strategy to generate fully bioeliminable and partly degradable DHBCs with potential as pH-responsive drug delivery systems.